Huddersfield Town have announced the appointment of Mark Fotheringham as the club’s new head coach.

The 38-year-old – who played for Celtic, Dundee, Norwich and Notts County, among others, during his playing career and has recently been coaching in Germany – has signed a deal that will run until the summer of 2025 at the John Smith’s Stadium.

His predecessor Danny Schofield replaced Carlos Corberan when the Spaniard departed less than a month before the start of the 2022/23 campaign, after the Terriers lost to Nottingham Forest in the Sky Bet Championship play-off final.

It is the former Scotland U21 international’s first job in senior management and he is now the 14th manager under the age of 40 managing in the top four levels of English football.

A statement on the club’s website read: “We’re delighted to welcome Mark Fotheringham to Huddersfield Town as our new head coach.

“The 38-year-old Scotsman has been identified as the right man to lead the first team after a thorough recruitment process.

“His contract, which runs until June 2025, was finalised on Wednesday morning, but he had already started his work at Town by taking training for the first time on Tuesday afternoon as preparations continue for Saturday’s Sky Bet Championship game at Reading. 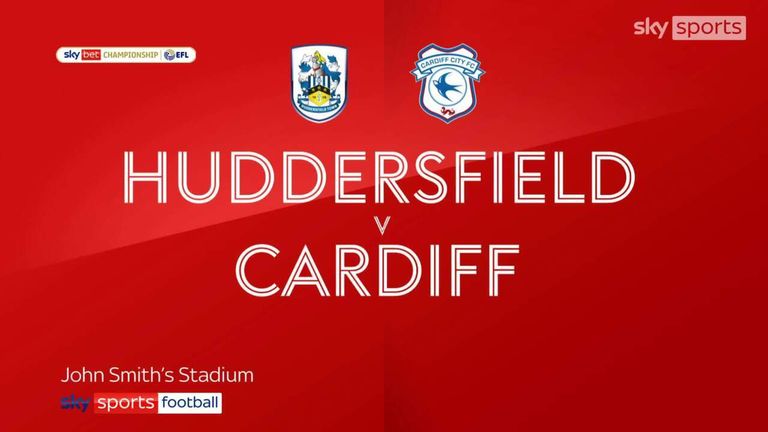 Highlights of the Sky Bet Championship match between Huddersfield Town and Cardiff City.

“Fotheringham has significant experience in coaching in the top levels of German football, most recently guiding Hertha Berlin to Bundesliga survival during the second half of 2021/22 as assistant coach to legendary German manager Felix Magath.

“Previously Mark, who is currently working towards his UEFA Pro License, helped FC Ingolstadt 04 gain promotion to 2. Bundesliga and coached in the German second tier with Karlsruher SC, adding to two years coaching in Scottish football with Cowdenbeath.”