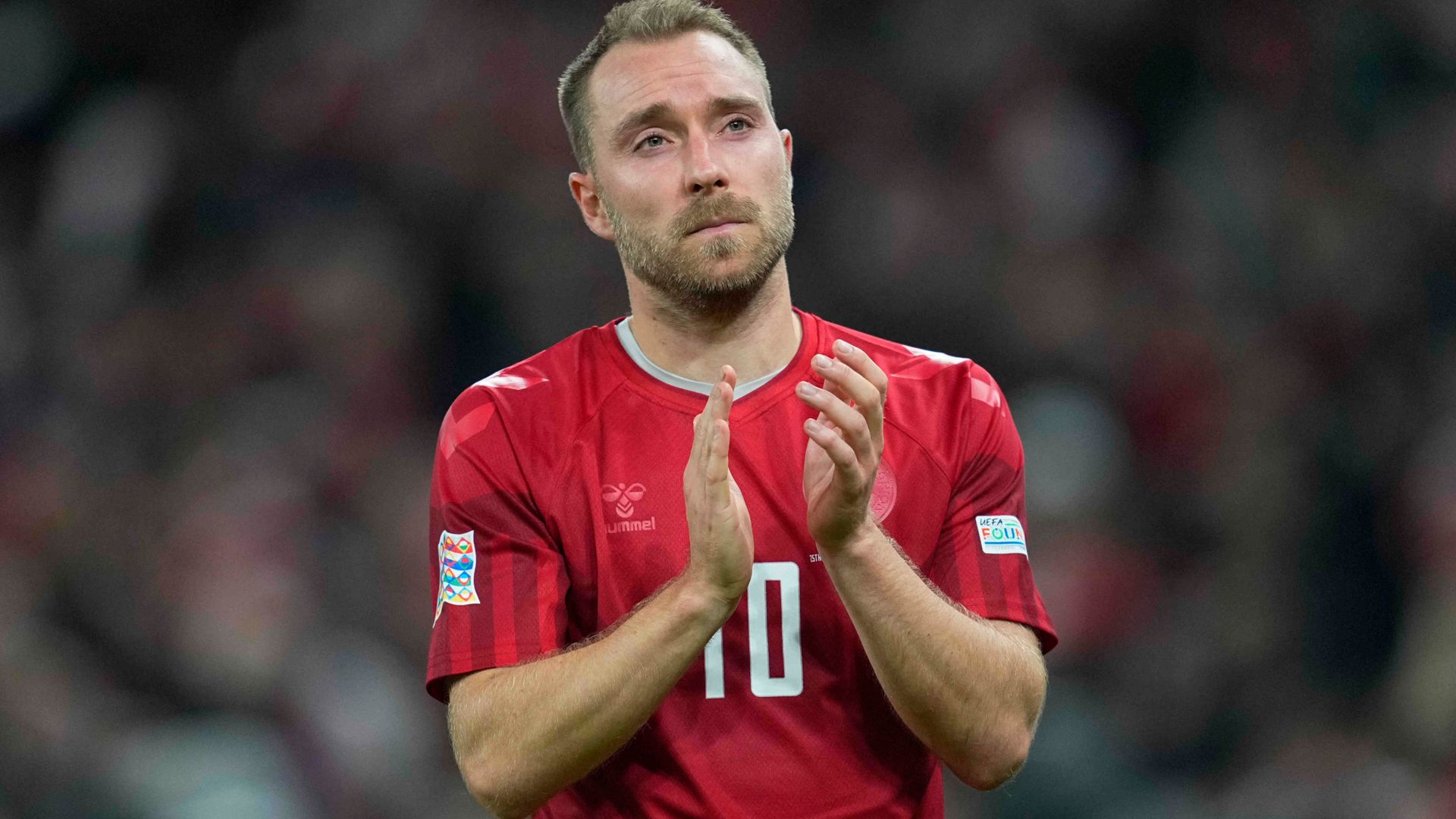 Kit manufacturer Hummel says it does not want its branding to be visible during the World Cup in Qatar because of the country’s human rights record.

Denmark have revealed a sponsor-less monochrome kit for the upcoming tournament in protest against the host country.

In a statement marking the release of the strip which has been produced by Hummel, the company said it has “toned down” its logo and “iconic chevrons” as “we don’t wish to be visible during a tournament that has cost thousands of people their lives”.

Hummel said: “With the Danish national team’s new jerseys, we wanted to send a dual message. They are not only inspired by Euro 92, paying tribute to Denmark’s greatest football success, but also a protest against Qatar and its human rights record.

“That’s why we’ve toned down all the details for Denmark’s new World Cup jerseys, including our logo and iconic chevrons. We don’t wish to be visible during a tournament that has cost thousands of people their lives.

“We support the Danish national team all the way, but that isn’t the same as supporting Qatar as a host nation.

“We believe that sport should bring people together. And when it doesn’t, we want to make a statement.”

Denmark also unveiled an all-black, ‘colour of morning’ kit to honour migrant workers who died during construction work for the tournament.

The designs seem to complete a promise made by the Danish Football Association last November to wear clothing with critical messages at the tournament in Qatar.

Though FIFA’s World Cup rules prohibit political statements on team kits, the three Denmark shirt designs in all-red, all-white and all-black appear to comply with no words or symbols that are an explicit statement.

The national team badge, Hummel logo and decorative white chevrons – a famous feature of the Denmark shirt since the 1980s are faded into the same single colour as the shirt.

Sky Sports News has contacted FIFA and the Danish Football Association for comment.

In response to Hummel’s Denmark kit launch, a Supreme Committee statement said: “Since winning the right to host the FIFA World Cup, the SC has worked diligently alongside the Qatari government to ensure that the tournament delivers a lasting social legacy.

“Our commitment to this legacy has contributed to significant reforms to the labour system enacting laws protecting the rights of workers and ensuring improved living conditions for them.

“Through our collaboration with the UEFA Working Group and various other platforms led by FIFA and other independent groups, we have engaged in robust and transparent dialogue with the DBU. This dialogue resulted in a better understanding of the progress made, the challenges faced, and the legacy we will deliver beyond 2022.

“For that reason, we dispute Hummel’s claim that this tournament has cost thousands of people their lives. Furthermore, we whole-heartedly reject the trivialising our genuine commitment to protect the health and safety of the 30,000 workers who built FIFA World Cup™️ stadiums and other tournament projects. That same commitment now extends to 150,000 workers across various tournament services and 40,000 workers in the hospitality sector.

“The onus should always be on countries to do more to protect the rights of peoples all over the world, including in Denmark. The SC’s work is recognised by numerous entities within the international human rights community as a model that has accelerated progress and improved lives. Qatar’s reforms are acknowledged by the ILO and ITUC as a benchmark in the region. Like every country, progress on these issues is a journey without a finish line, and Qatar is committed to that journey.

“We urge the DBU to accurately convey the outcome of their extensive communication and work with the SC, and to ensure that this is accurately communicated to their partners at Hummel.”