Sea La Rosa continued her remarkable rise by landing a first Group One prize in the Qatar Prix de Royallieu at ParisLongchamp on Saturday.

William Haggas’ filly (7/2) arrived in the French capital in fine form having won three of her four previous starts this season, picking up a pair of Group Two titles in the Lillie Langtry at Goodwood and Deauville’s Prix de Pomone earlier in the summer.

Given another confident ride by Tom Marquand, the four-year-old had tracked the pace throughout before being delivered to challenge for the lead in the home straight.

Long-time leader Ottilien battled hard and only gave way in the final strides, tiring into third, with Jannah Flower – fourth behind Sea La Rosa at Deauville – powering through late into second.

Marquand told Sky Sports Racing: “She’s been incredible this year and the end of last year, she seems to be getting better with each run.

“She’s got the heart and the talent to see it through and has got an amazing ability to travel at any tempo.”

Haggas enjoyed a remarkable hour as back across the channel, 11/10 favourite Hamish won the Group Three Cumberland Lodge Stakes at Ascot under Pat Dobbs.

Brilliant Moore gets Al Qareem in front in photo-finish thriller

Arc weekend kicked off with a thrilling finish as Moore galvanised Karl Burke’s Al Qareem to win the Group Two Qatar Prix Chaudenay in a photo-finish.

The 13/2 shot tussled with Andre Fabre’s Sober all the way up the straight and the pair hit the line together, with Dermot Weld’s 2/1 chance Duke De Sessa running on late for third under Christophe Soumillon.

A winner at Nottingham and York earlier in the year, Al Qareem – owned by Nick Bradley Racing – went on to finish fourth in the Queen’s Vase at Royal Ascot before suffering a head defeat in Newmarket’s Bahrain Trophy. 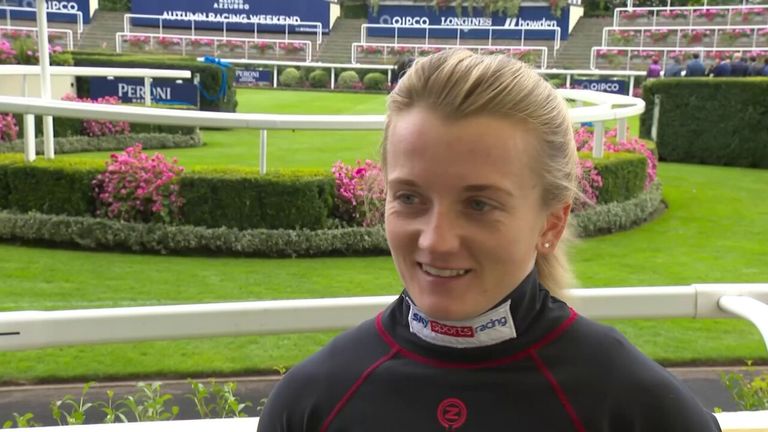 Bradley did not make the trip to France but was nonetheless thrilled, saying: “He’s been mega unlucky a few times this year and I’m so delighted to win a big one with him.

“It was my fault at Ascot as I told Clifford (Lee) to make the running on him, but he just did too much and was too free.

“He was a bit unlucky at Newmarket – I think he might have won in another half-furlong – and Goodwood didn’t go to plan, but the form of that race is amazingly strong.”

Considering future plans, Bradley added: “I’ll have to have a good look at the programme book, but he could go to Saudi Arabia and there’s also the Gold Cup on Dubai World Cup night at Meydan.”