The light-heavyweight division could catch fire in the months to come.

Dan Azeez won the British title in emphatic style last year when he stopped Hosea Burton and defended it with a strong showing against Shakan Pitters last month.

Azeez intends to take on the best the exciting light-heavyweight division in the UK has to offer. He’s targeting a local derby with fellow Londoner Joshua Buatsi within the next year.

“Dan’s got something I don’t think anybody else has in the light-heavyweight division with his style,” promoter Ben Shalom told Sky Sports. “He’s a great addition to an amazing division. 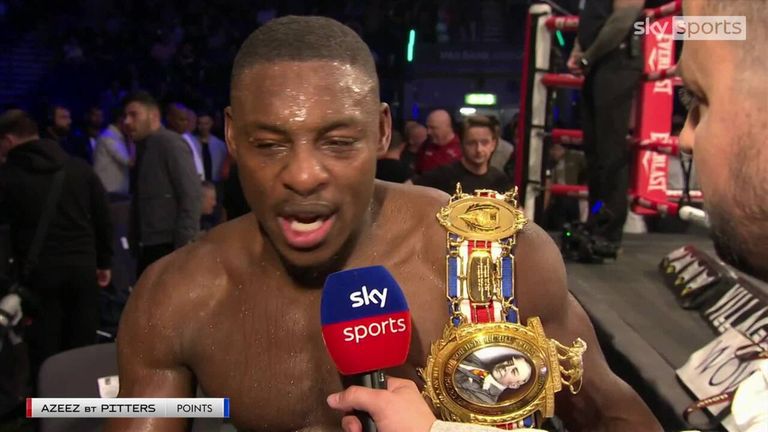 “He’d like to fight Joshua Buatsi within the next 12 months. Rocky Fielding, Callum Johnson, Lyndon Arthur, one of those will be his next opponent.”

BOXXER’s Ben Shalom believes Azeez is a threat to anyone in the weight class, especially after spending weeks sparring Artur Beterbiev, the unified light-heavyweight champion who’s considered the world’s best fighter in that division by the Transnational Boxing Rankings, a neutral rating system.

“The good thing initially with Dan is that people underestimated him and so people would fight him. I think now people have seen now, his performance against Shakan Pitters, which should have been an extremely tough fight, ended up fairly comfortable for him, I felt,” Shalom said.

“He’s a serious problem in the light-heavyweight division. He’s been out with Beterbiev and is obviously now with Buddy [McGirt, who has joined Brian O’Shaughnessy as one of his trainers], I can’t see a challenge he won’t take.

“[Dan] wants the big nights, he wants the Rocky Fieldings, he wants the Callum Johnsons, we think Yarde and Buatsi might be slightly out of reach for us to make straightaway but that’s what we’re talking about now.”