James Maddison was the star of the show, scoring two goals and setting up another as Leicester thrashed Nottingham Forest 4-0 at the King Power Stadium. The performance helped his side off bottom and put his World Cup chances back to the top of the agenda.

Maddison has now scored nine goals in his last 11 Premier League appearances and says himself he is in the best form of his career. His manager Brendan Rodgers is backing his inclusion as he looks to add to the solitary England cap he won in 2019.

Leicester’s poor form might have masked the fact Maddison is thriving right now. This result – on Monday Night Football – puts his obvious quality back centre stage. But having been overlooked by Gareth Southgate for so long, is there time for him to make the World Cup squad? 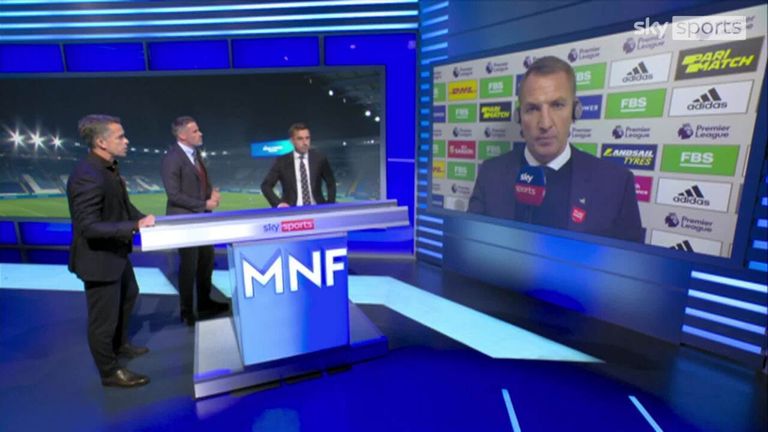 Rodgers revealed in his post-match press conference that Southgate has never asked about Maddison, but he was emphatic about the playmaker’s quality when speaking to Gary Neville, Jamie Carragher and David Jones after the game.

“It is a really difficult job being a manager and you know what it is like Gary being in there with the quality that’s available,” said Rodgers.

“It is such a shame I think for the country and for the boy himself. You see his talent and his performance level for the last 18 months is clear. I think it is only Harry Kane who has been involved in more goals among English players.

“To not even been in the squad, and I think to have a player even if he is not going to start but a player of that quality… and not only that, in international football it is the personality to take the ball and be creative to change the game.

“James is all of that. He is an absolutely brilliant player and I really hope over the next few months he can continue the form he has shown for the past 18 months and can somehow get into the team because if you want creativity, personality, he has improved the defensive side of his game, he can play in a couple of positions and for me, he is an absolutely outstanding player.

“He is up there, and I love Phil Foden, Mason Mount, those boys that play there. Jack Grealish is different as he is more from the side. But Madders can play in a number of positions to a high level. He showed that tonight.”

Maddison: ‘I would have an impact’ 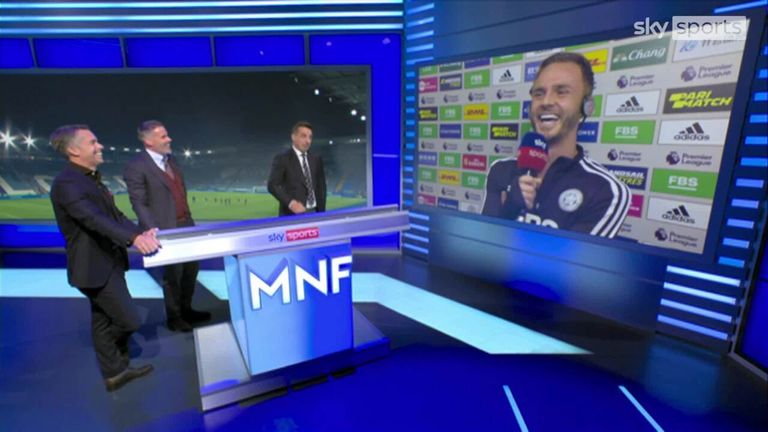 Maddison himself discussed his England prospects on Monday Night Football, acknowledging the contrast between the team’s form this season and his own.

He said: “It has been a bit of a weird position, to be honest, because we have been bottom of the league and results haven’t gone our way, but I have almost been as confident as I have ever been in my career.

So, surely he is annoyed to be excluded from the England squad?

“It is hard to answer because you want to say the right thing and not the wrong thing, but that is an ambition of mine, a goal of mine. I am a football man, I watch international football and an opportunity at that level is something I desire and one I know I would have an impact at and one I hope will come my way at some point.” 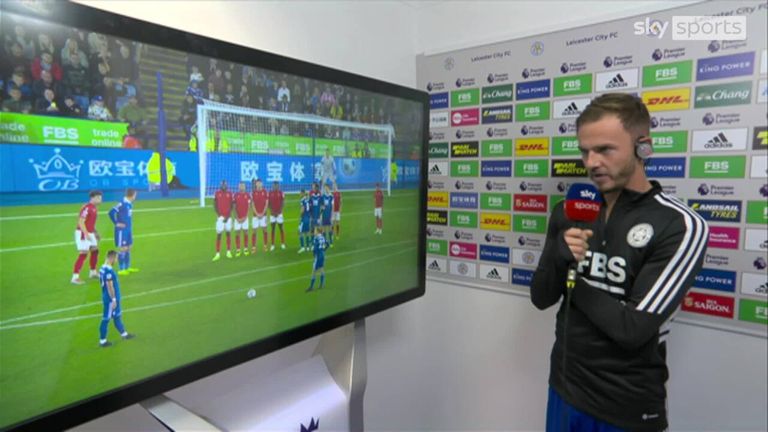 One explanation for his continual omission from the squad is that there is not a natural position for him in Southgate’s structure. Maddison is at his best floating between the lines, either as a No 10 or drifting in from the flanks, but does that role exist with England?

“I am not naïve, I know there are top players in those forward areas, but I have a self-belief and a confidence that I can be in that category,” said Maddison.

“On the role and the position, [I could play] any of those forward areas. You see the likes of Phil (Foden) and Jack (Grealish) who can play in those central areas, play a little bit wider.

“It is hard to comment because I played on the right today, but England play slightly differently with the back three. I have not been in the set-up for a few years so I would have to listen to the coaches, but it is hard to talk about because it is not the position I am in right now.

Neville’s verdict: Why wouldn’t he be in?

“England usually need players who can deliver from set pieces and scores from them. Gareth Southgate has been big on that in the past four or five years but there are a few players in his position.

“The likes of Mason Mount, Jack Grealish, Phil Foden who play in those types of areas. But if you look at his numbers, why wouldn’t he be in a 26-man squad? I know it’s not a particularly comfortable question to ask if he’d be a good traveller, but that has been suggested. I don’t know where it’s come from. There’s no substance to that from my side. I’ve seen nothing but a good personality, a good character.

“It’s always willing to come out and answer questions. What is the reason why he wouldn’t be in? I don’t think it’s a case of him coming in for Bukayo Saka or Jadon Sancho as for me they’re wide players. I’d put him in the same category or where Mount is.

“He has to think the system may have to change to a 5-3-2 or whatever it might be. There has to be a Plan B for England. Gareth will have that, and if you need a goal from a knock-out game or you have a set piece or that little bit of quality, you want one like him on the bench who can change the game.

“I know people will be screaming at the telly about Harry Maguire at the moment but the fact of the matter is, Harry Maguire has played well for England and we haven’t got many centre-backs. It’s as simple as that. We have got quite a few players in this position but James Maddison is in great form and we’ll see what happens in the next few weeks.”