Jurgen Klopp says Liverpool need “to go back to basics” to get out of their current slump as the Reds prepare to host Rangers in the Champions League on Tuesday.

Liverpool were held to a 3-3 draw by Brighton in the Premier League on Saturday afternoon to fall 11 points behind leaders Arsenal, albeit with a game in hand on the Gunners.

Klopp’s side have won just twice in the league so far this campaign, while they also suffered a 4-1 loss at Napoli in their opening Champions League group game, increasing the pressure on them ahead of their back-to-back meetings with Rangers.

FREE TO WATCH: Highlights from Liverpool’s draw against Brighton in the Premier League

Klopp has acknowledged Liverpool must improve in every area of their game ahead of the visit of Rangers to Anfield on Tuesday evening.

“Had we won the Brighton game it would have been a different feeling but with similar problems,” he said in his pre-match press conference. “We have to do pretty much everything better.

“It was only two years ago we were in a similar situation when we lost all our centre-halves, but we found a way out by working on it. That’s what we will do this time.”

Liverpool’s defending has come under particular scrutiny this season, with the team having kept only two clean sheets in all competitions, with Klopp highlighting his players’ lack of intensity as being a factor. 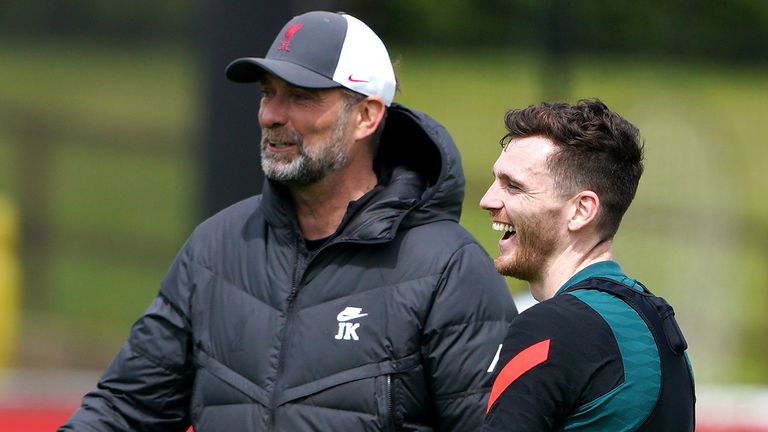 “We have conceded similar goals with teams going through the same gaps,” he said. “The problem we have is a brave way of defending. We need intensity and if we don’t do that then it’s a problem.

“We have to be more compact. Defending is an art, and it worked for us really well for a long time. But with it not working you realise you have to go back to the basics.”

As for Tuesday’s opponents, Klopp recognises Liverpool will face a tough examination against a side that went all the way to last season’s Europa League final, but who are still looking for their first points in this Champions League campaign.

“Rangers are a good football team and well coached,” he said. “They had an exceptional season in Europe last season. That’s what we have to prepare for. We expect a proper fight, a real fight.”