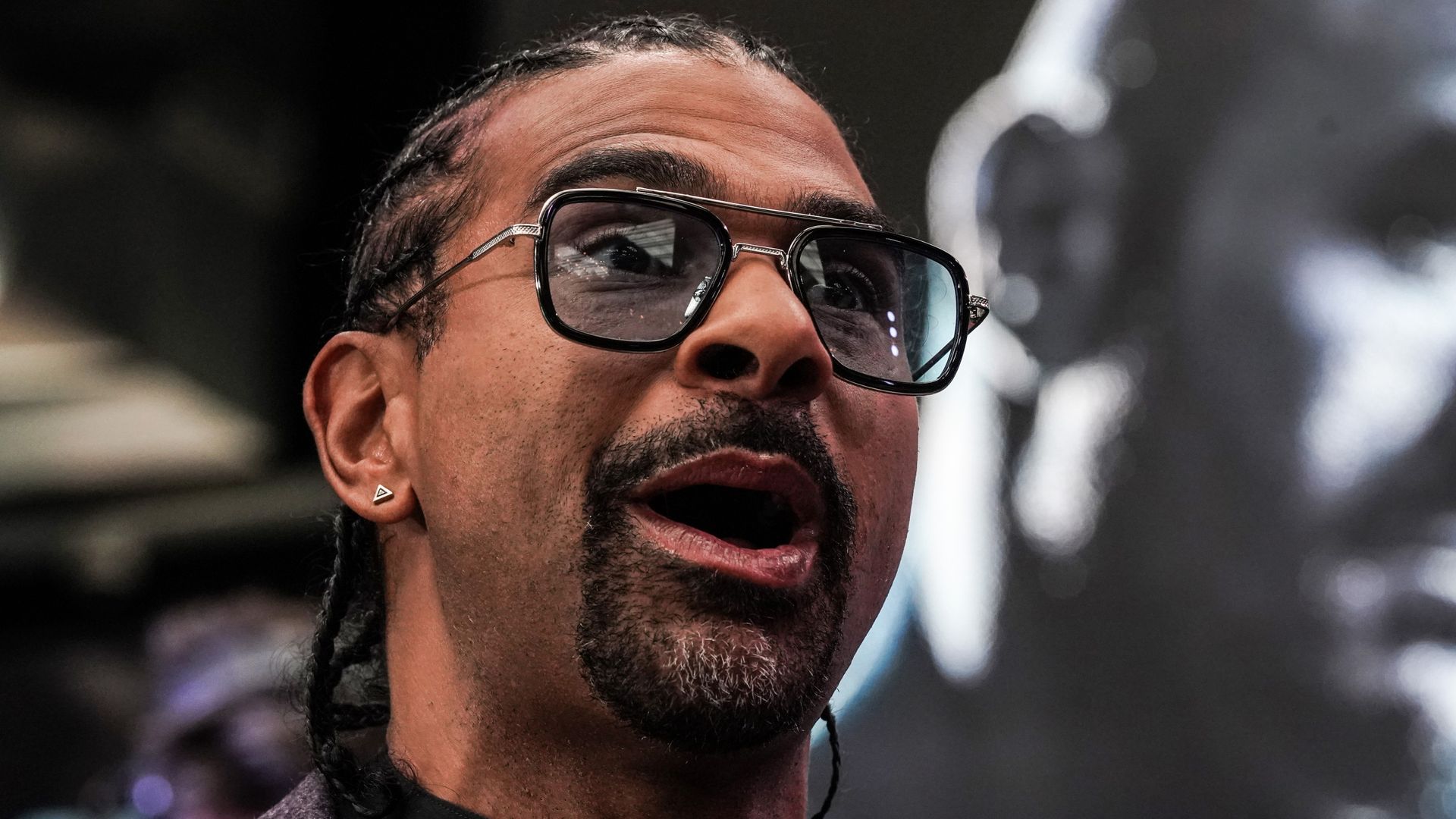 Former world champion boxer David Haye grabbed a man by the throat and threatened to kill him because he believed he was making “derogatory remarks” about him and his partner, a court heard

The 41-year-old, who won a heavyweight world title in 2009, is accused of assaulting a man, Nickesh Jhala, at the Hammersmith Apollo on October 30 last year.

Haye appeared at Westminster Magistrates’ Court on Tuesday wearing a white shirt and a navy blazer.

Jonathan Bryan, prosecuting, told the court that the alleged assault occurred during the interval at Paul Chowdhry’s comedy gig at the venue.

“It seems that Mr Haye believed that some of the people sitting behind him were saying derogatory remarks about him and his partner,” Mr Bryan said.

“We say Mr Haye put his hands around Mr Jhala’s throat and threatened him, saying things to the effect that if Mr Jhala said anything more, he would kill him,” Mr Bryan added.

He told the court that Mr Jhala was not hurt by the incident, but he was left “shaken”.

The prosecutor added: “The security were aware of what happened, but nothing was done about it.”

James Scobie KC, defending, said that his client’s case was that he never put his hands around Mr Jhala’s throat, and he did not threaten to kill him.

“Our unequivocal case is ‘hand on shoulder’, at most, and no threats to kill, ever,” he said.

He said he attended the venue with his cousin and his girlfriend.

Originally his group were sitting at the back, but they were then given seats near the front of the venue by staff during the interval.

Mr Jhala told the court that he did not talk about Haye, but instead talked about how glad he and his friends were to get better seats.

CCTV footage of the incident shows Haye stepping over his seat and bending over to talk to Mr Jhala.

“He leans down to me, starts speaking into my ear, and puts his hands around my throat,” Mr Jhala said.

He told the court that Haye told him: “‘Say one more word and I am going to kill you.”‘

The witness added: “I felt threatened, I was shaking.”

Mr Jhala said he told Haye he had not said anything.

“I said: ‘I did not even say anything, what are you talking about?”‘ he said.

Mr Scobie told the court that the incident occurred after Mr Jhala’s cousin, a boxing fan, had asked Haye for an autograph, but was denied.

He said that Mr Jhala and his cousin then began to talk about Haye’s career, mentioning other boxers Amir Khan and Tony Bellew, and referring to Haye injuring his toe during a fight.

Mr Scobie added that this conversation was an effort to get a “rise” out of Haye.

“Poking him up, trying to get a rise out of him,” he said.

He said that this was because Mr Jhala’s cousin had felt “disrespected” by Haye.

Haye fought Tony Bellew twice in his professional career, losing both times in 2017 and 2018.

Mr Scobie told the court that Mr Jhala said of Haye’s girlfriend “she must be with him” before his cousin replied “we have no chance”.

He added that Mr Jhala told his cousin that Haye’s girlfriend “must love the brothers”, referring to black men.

“You said, clearly, ‘she must love the brothers.'”

It is after this alleged remark that Mr Scobie said that Haye then approached Mr Jhala.

“He puts his left hand on your right shoulder,” Mr Scobie said.

He said that Haye then told Mr Jhala: “‘Don’t talk about me or my girlfriend anymore, that’s enough.’

“‘Otherwise I will have you thrown out.”‘

Mr Scobie said that Haye then brushed Mr Jhala’s hair before sitting down.

Haye became a professional boxer at the age of 22 and went on to become a cruiserweight world champion in 2008, winning three of the four major world titles.