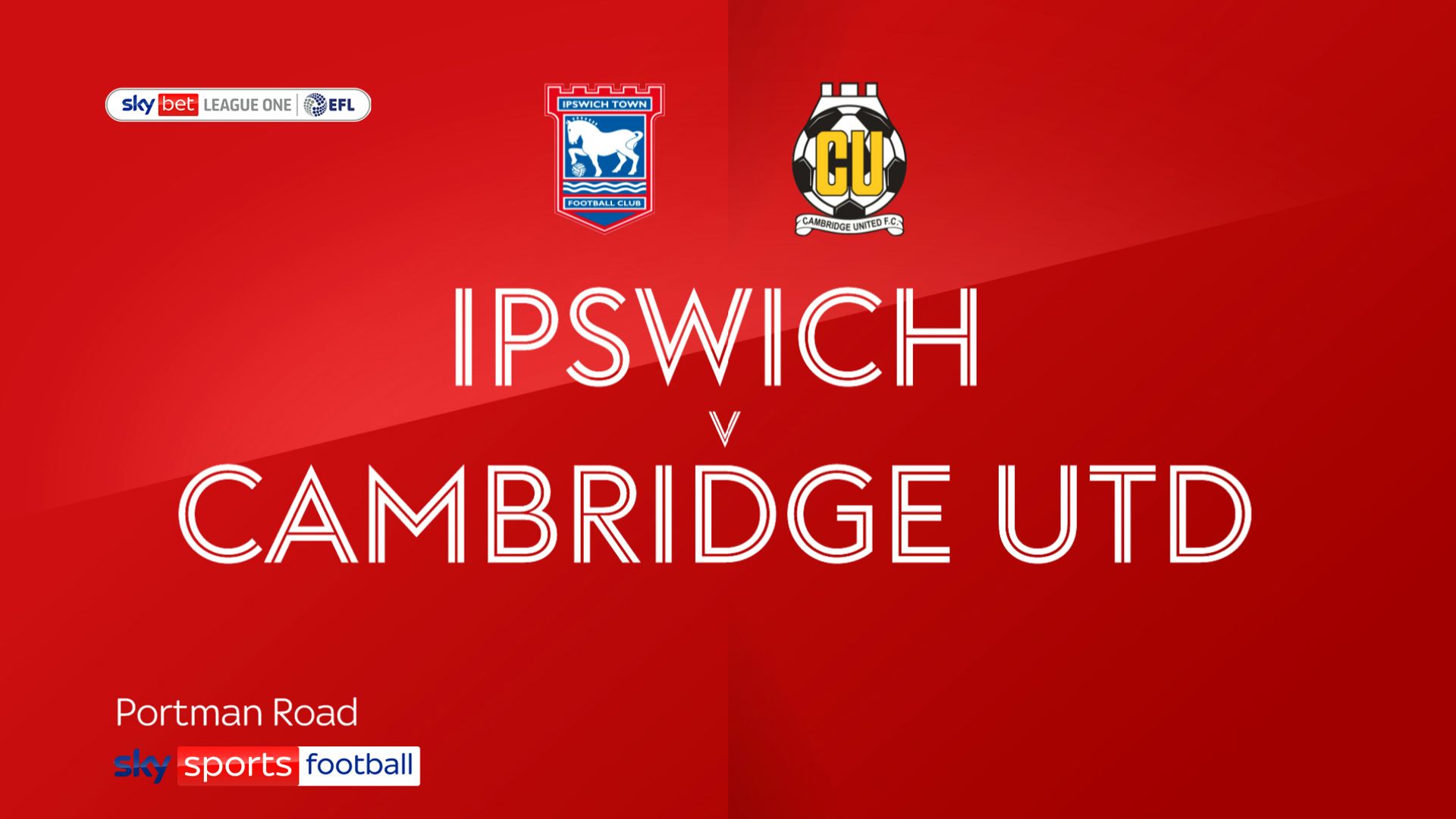 The Tractor Boys were quickest out of the blocks and a shot by Freddie Ladapo was turned round the post by Cambridge goalkeeper Dimitar Mitov but the effort was ruled offside.

At the other end, Jubril Okedina’s strike went just over the bar and Conor Chaplin’s 25-yard free-kick was fired straight at Mitov.

A free kick for Cambridge resulted in James Brophy’s cross finding Sam Smith, who fired over the bar while Ladapo’s header went past the post.

Leif Davis and Chaplin came close to giving Ipswich the lead but John-Jules struck with his first touch of the game in the 72nd minute when a cross was deflected over Mitov for him to apply the finish.

Edwards’ drifted cross-cum-shot went over the keeper and into the net three minutes later to all-but guarantee the win.

Sam Morsy’s shot was deflected onto a post by Mitov and in the 86th minute John-Jules’ shot was charged down only for Edwards to score and put the seal on the hosts’ victory.